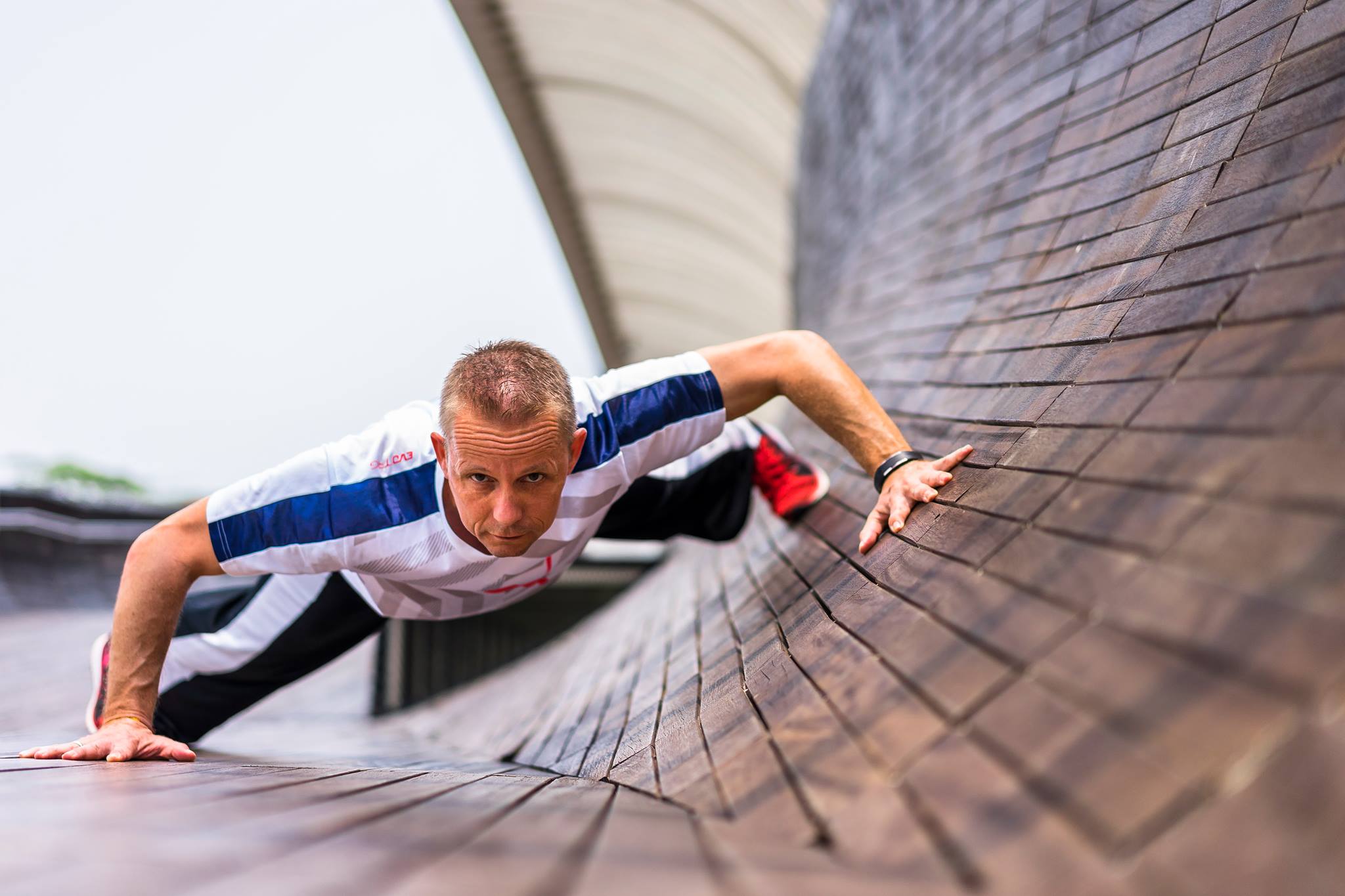 Dirk was born on March 12th in 1969. He started his Karate career when he was 6 years old in his home town Neukirchen-Vluyn (Germany).

He trained under Shihan Hideo Ochi, Efthimios Karamitsos and had a scholarship in 1990 in Japan.

He won many national and international championships and became World Cup Winner in Calgary (Canada) in 1991.

From his early youth he was part of a youth-coach development program and started teaching Karate when he was 12 years old.

He studied and gained knowledge in various fields, such as Science, Sports Science, Naturopathy, Coaching, Brain- and Perception Training.

He successfully coached individual athletes as well as teams to achieve national and international titles.

Since 2008 he worked as a Sports Performance Coach with the German professional football team Fortuna Düsseldorf and promoted to the first Bundesliga in 2012.

In 2013 he moved – together with Dr. Magdalena Schauenberg – to Singapore. In the South-Asian City he worked as a Sports Performance Coach for professional Football Clubs.

Here you can read, why he loves what he does:

This site uses Akismet to reduce spam. Learn how your comment data is processed.